“We should mourn the loss of 17 people created in the Image of God, murded by Religious Rules… when there is a Savior who brings Freedom for All!  Are we not compelled by the darkness that exists to go where it is oppressive to help free the captives? Will we go? Will we preach Jesus to those in chains?”
Pastor Mark Patterson

The killings, in a district where U.S. Marines have battled the Taliban for years, were a reminder of how much power the insurgent group still wields in the south — particularly as international forces draw down and hand areas over to Afghan forces.

The victims were part of a large group that had gathered late Sunday in Helmand province’s Musa Qala district for a celebration involving music and dancing, said district government chief Neyamatullah Khan. He said the Taliban slaughtered them to show their disapproval of the event.

All of the bodies were decapitated but it was not clear if they had been shot first, said provincial government spokesman Daoud Ahmadi.

Information was only trickling out slowly because the area where the killings occurred is largely Taliban controlled, Khan said. The Taliban spokesman for southern Afghanistan could not be reached for comment.

Many Afghans and international observers have expressed worries that the Taliban’s brutal interpretation of Islamic justice will return as international forces withdraw. Under the Taliban, who ruled the country from 1996 to 2001, all music and film was banned as un-Islamic, and women were barred from leaving their homes without a male family member as an escort.

Helmand is one of the areas seeing the largest reduction in U.S. troops, as the force increase ordered up by President Barack Obama departs. The U.S. started drawing down forces from a peak of nearly 103,000 last year, and plans to have decreased to 68,000 troops in country by October.

One of the most worrying trends to accompany the drawdown has been a surge in attacks by Afghan forces against their international allies, and another shooting came on Monday morning, though it appeared to be accidental.

Two American soldiers were shot and killed by one of their Afghan colleagues in the east, military officials said, bringing to 12 the number of international troops — all Americans — to die at the hands of their local allies this month.

But Afghan officials said Monday’s attack in Laghman province was a separate case from the rash of recent insider attacks on international forces, because it appeared to have been unintentional.

The incident unfolded when a group of U.S. and Afghan soldiers came under attack, said Noman Hatefi, a spokesman for the Afghan army corps in eastern Afghanistan. When the troops returned fire and ran to take up fighting positions, an Afghan soldier fell and accidentally discharged his weapon, killing two American soldiers with the stray bullets, he said.

“He didn’t do this intentionally. But then the commander of the (Afghan) unit started shouting at him, ‘What did you do? You killed two NATO soldiers!’ And so he threw down his weapon and started to run,” Hatefi added. The U.S. troops had already called in air support to help with the insurgent attack and the aircraft fired on the escaping soldier from above, killing him, Hatefi said.

NATO spokesman Lt. Col. Hagen Messer of Germany confirmed that two international soldiers were killed by an Afghan soldier in Laghman province, but declined to give further comment.

Insider attacks have been a problem for the U.S.-led military coalition for years, but it has exploded recently into a crisis. There have been at least 33 such attacks so far this year, killing 42 coalition members, mostly Americans. Last year there were 21 attacks, killing 35; and in 2010 there were 11 attacks with 20 deaths.

The chief spokesman for NATO forces in the country said coalition forces were not pulling back from collaborating with the Afghans because of the attacks.

“We are not going to reduce the close relationship with our Afghan partners,” Brig. Gen. Gunter Katz told reporters in the capital.

Taliban spokesman Zabiullah Mujahid said that he could not confirm any link between the attacker in Monday’s shooting and the insurgency. In previous insider attacks, the Taliban have quickly claimed responsibility and named the assailants. Mujahid did not comment on the other attacks in the south, which is watched over by a different Taliban spokesman.

Meanwhile, Helmand officials reported that 10 Afghan soldiers were killed in an attack on a checkpoint in the south, and five were either kidnapped or joined their assailants.

Ahmadi said the five missing soldiers left with the insurgents but it was unclear if they were kidnapped or went voluntarily. 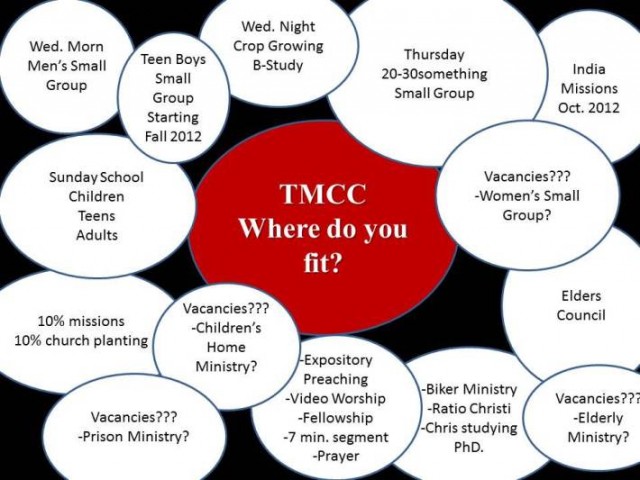 I’m taking donations that will go directly to support Christian ministry in Tenkasi (the land of temples), Tamil Nadu India, leaving Oct. 17th, none of your money will be for me or TMCC.

I have been praying about this passage. It keeps coming to mind. As a Pastor, and as we are setting the foundation of the Church, frankly I struggle frequently with “doing it myself”… and “setting ministry up for others”. I need to do both. As I have begun a new small group, plan a mission trip to India, work on TMCC materials, and have assisted other small groups, I am impressed with more needs within the church. Needs for ourselves for healthy spiritual growth… and needs to serve by doing for others.

I set aside considerable amounts of time each week for study… and sermon prep. I try to attend other small groups, and visit with members each week. I still see more ministry that needs to be done. Do I start a youth group, do I start regularly training leaders, do I build a mission team,… there is just lots on the horizon to be done. Especially from the verse above. Personally, I think from the above verse… these things HAVE to be done!

I’ve been involved in prison ministry, children’s ministry, and ministry to the elderly…. and all of it is so rewarding, and demanded by Christ! TMCC needs to be about all of it. So… I’m praying for others who simply want to step in… help fill some voids in ministry… so that we can follow Jesus’ example and also fulfill his commands.

Are you serving in the Kingdom? We have a place for you… to visit prisoners, to minister to orphans, and to love on the elderly. I’d love to join you some time too.

TMCC
Update Saturday- Larra has meningo-encephalitis, maybe caused by mosquitos. She is doing better today… and may go home from the hospital. Recovery could take a week to 3 mths, just depends.
Please continue to pray for her.

Update Friday- she is doing better, they are still trying to pinpoint the issue, she is still in the hospital.

Please pray for Larra Hoelscher, Kareena’s best friend, she was Diana’s (from Kenya) host little sister. She is in the hospital in emergency testing. She might have encephalitis or meningitis, they did a spinal tap. This is pretty serious. Pray for Larra, her brother’s Billy and Jeffrey, and parents Kay and Jeff.
In Christ,
Kareena, Corina, and Mark

Hey TMCC, Thanks for praying for my grandmother Ressie Patterson. She passed away early this morning. I will be participating in the funeral Thursday with my family’s longtime Piedmont, SC Pastor. I look forward to celebrating her life.
It will be a small family graveside service.
Here is a link to her Obituary: http://www.thomasmcafee.com/_mgxroot/page_10792.php?id=1098496
In Christ,
Mark

I’ll be taking us back into our study of 1 Corinthians this Sunday Aug. 5th.

A Gathered Community Passionate for Missions

Can We Pray For You?
Get Prayer From All of Us